The Virgin Islands have a rich history. The Ciboney people settled in St. Thomas around 1500 BC. On Christopher Columbus’ second voyage to the New World, he sited the island in 1493.

A post was established in 1657 by the Dutch West India Company. By 1660 they built the first congregation that was known as Saint Thomas Reformed Church. 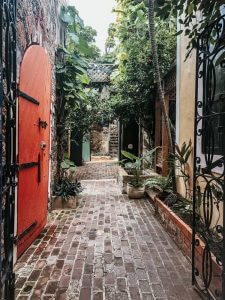 In 1672, the whole island was taken over through the Danish West India and Guinea Company. They divided the land into plantations to grow sugarcane. Slave labor became big business to farm the plantations in not only Saint Thomas but Saint Croix and Saint John as well. Saint Thomas became one of the largest slave auction sites in the world.

At the end of March in 1801, the first British invasion and occupation came to the Danish West Indies. They brought some Articles of Capitulation that said the British were there to occupy the island and so it was done. But then in April of 1802 the British gave the islands back to Denmark-Norway.

The British invaded again and took over inn 1807. There was no bloodletting, so the takeover was peaceful. They occupied the islands until November 1815 then turned it back over to Denmark.

Slavery was abolished in 1848 following the Danish Revolution. America became their biggest competition in the sugar trade causing a decline in the need for labor. However, the harbors and fortifications were very helpful during the American Civil War. As a result American considered purchasing the islands but never got legislative support.

Today the population is over fifty thousand residents and is a mecca for tourism. Even though they do have hurricanes, the resilience of the people to rebuild in the aftermath shows you how strong they are.

The cuisine is some of the best in the world. There are over ten culinary schools in the Virgin Islands. This makes for a great pool of chefs and competition is stiff.

The Twisted Cork is in the heart of Historic Frenchtown area of Saint Thomas. They use only locally caught fish daily to serve their eclectic comfort food with a Caribbean Twist. 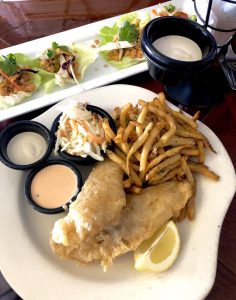 Owners of The Twisted Cork, Eric Gaspard and Bryan Lewis rebuilt and redesigned the restaurant that was formerly the home of Craig and Sally’s.

This wine themed restaurant has an on-premises garden which produces fresh veggies and herbs for their sumptuous meals. They have garnered over seventy-five reviews online and received a four-point-five-star rating.

Located in the historic Royal Dane Mall is Gladys’ Café. Serving a mix of Caribbean and American Dishes makes Gladys’ Café a must place to eat when you are in Saint Thomas. 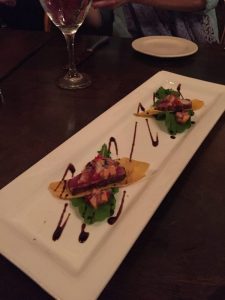 If you are a fan of hot sauce, Gladys’ Café has a huge selection to choose from that are made fresh daily in their kitchen. Using only the finest scotch bonnet peppers gives Gladys’ hot sauce a unique flavor while giving you the heat you love in a hot sauce.

Some of their specials include stewed oxtails or stewed chicken and curry goat or curry chicken. They have almost three hundred positive posts on the internet.

Located just ten feet off the water in Cane Bay, Hook Line & Sinker was established in 1987. They catch their fish right out their back door guaranteeing you have the freshest food possible. Dining on their deck gives you the feeling you are dining from the back of a yacht.

It is hard to find a great steak in the islands, but Hook Line & Sinker is the hidden gem on the islands to fine one. This laid-back restaurant features USB phone chargers and a 60-in television in the bar.

There is something to be said about a restaurant that has the same cooks and chefs for over twenty-five years. They have nearly three hundred rave reviews on the web and you will want to add your own when you visit there. 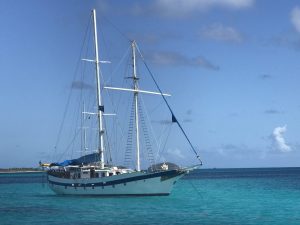 Caribbean Sailing Charters is owned and operated by Ray and Jennifer Bryan. Their fifty-two-foot ketch style boat sails both the British and US Virgin Islands as well as the Spanish Virgin and the Caribbean Windward Islands. Hop on board the Jalapeno with Ray and Jennifer for a vacation you will never forget. We will be happy to take you to the above restaurants and expose you to the amazing cuisine the Islands offer. Visit our website at https://caribbeansailingcharters.com